Eight descendants of Paul Splingaerd were invited to participate in the ceremonies on August 26th in the city of Lanzhou, China, to celebrate the 100th anniversary of the First Steel Bridge Across the Yellow River, now known as Zhongshan Qiao. And, they are are given Honorary Citizenship Certificates.

Here’s a closeup of one of certificates. 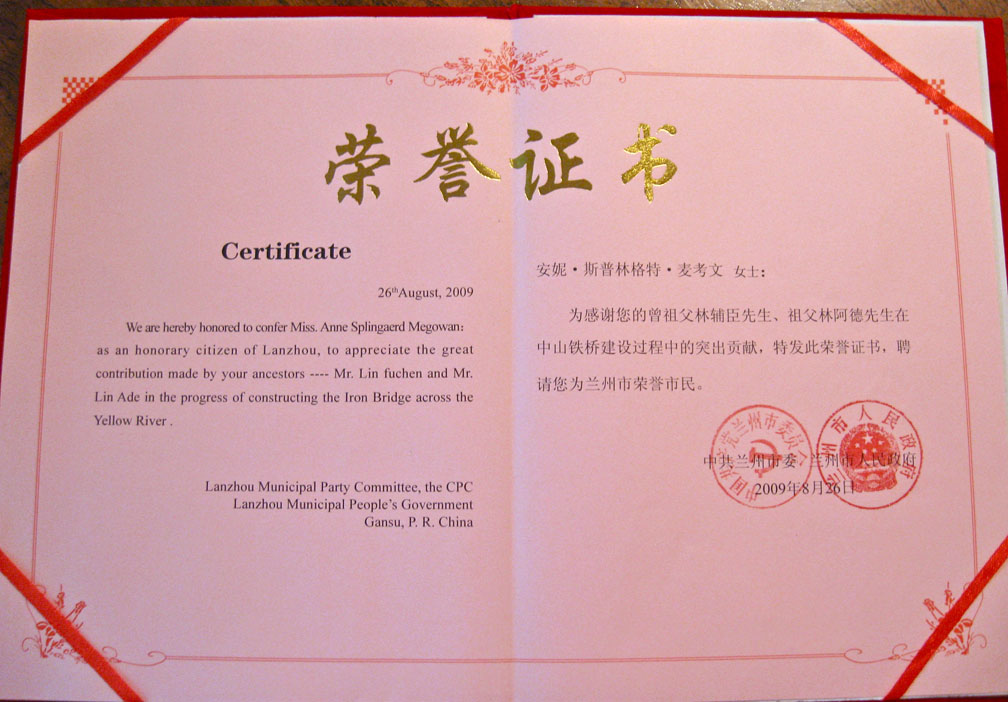 Read more about our August trip to the  Lanzhou Bridge Centennial celebrations.